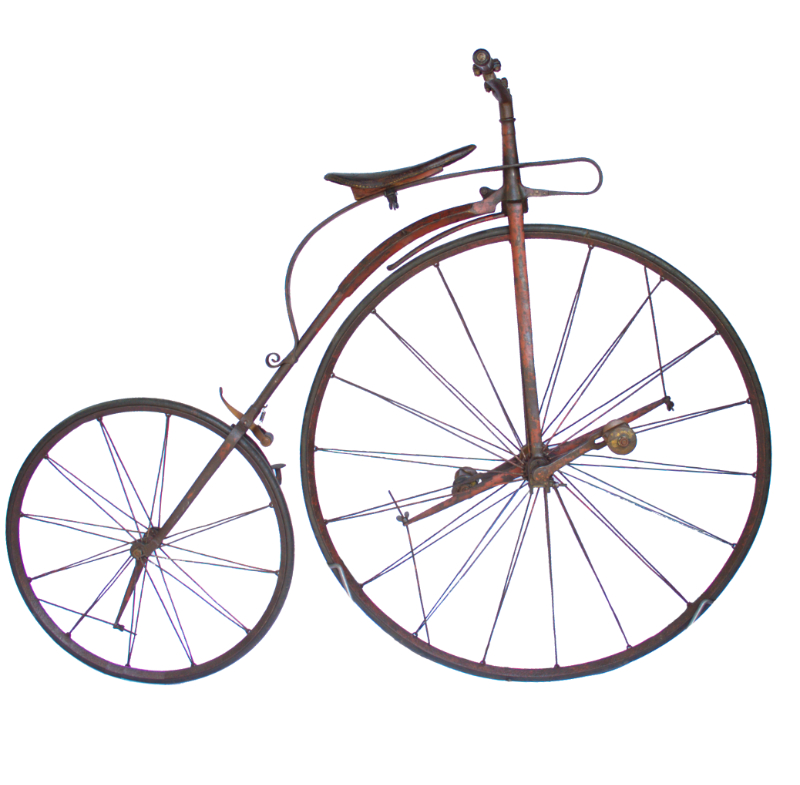 Many consider Englishman James Starley (21 April 1831-17 June 1881) to be the father of the British bicycle industry. Whether true or not James Starley was an inventive genius and cycling pioneer.  At an early age he tinkered with all things mechanical and as a boy invented a rat trap built from an old umbrella. Starley's mechanical prowess was developed in the sewing machine trade where he later held several patents for machines of his own making.

During the velocipede craze of the late 1860's Starley was employed as foreman of the then Coventry Sewing Machine Co. In November of 1868,  Rowley B. Turner, the companies Paris agent and nephew of the company's director Josiah Turner, arrived in Coventry riding upon a French velocipede.

In early January of  1869,  R.B. Turner convinced his uncle and the principles of the Coventry Sewing Machine Co. to build and supply 400 velocipedes - 200 for the nascent and growing French market and 200 for domestic use. The companies name was changed to the Coventry Machinists Company or C.M.C.  James Starley immediately saw the potential for the new velocipede and began to improve upon it. Starley added a mounting step, reduced the size of the rear wheel, and increased the size of the front wheel producing one of the first English high wheel velocipedes, the Spring and Step model. Later, using copies of wire spoke wheels fashioned after a French design by the Co. Parisian of Paris, CMC introduced the Starley designed "Coventry Spider". 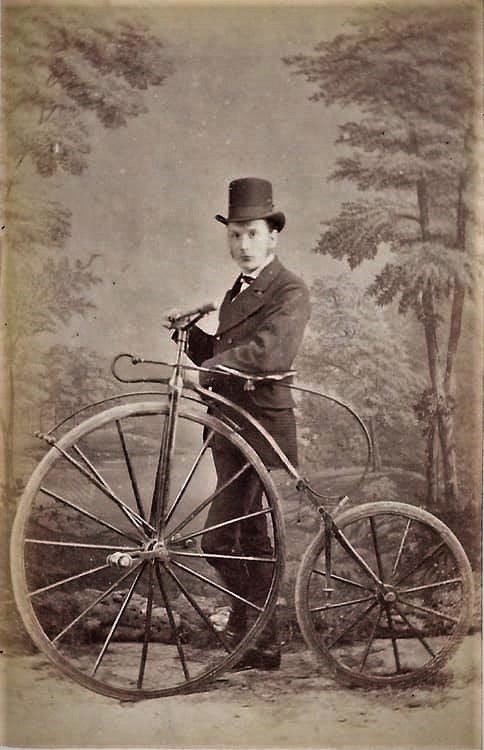 On August 11, 1870 James Starley and CMC mechanic William Hillman took out patent # 2236 for "improvements to the construction of wheels applicable chiefly to velocipedes, and in driving gear for such vehicles" . The wheel consisted of individual V shaped wire spokes whose ends were secured in the hubs flange and then threaded through an eyelet at the rim. The hub was then rotated by a lever attached at the hub center adding tension to all spokes at once. It became know as the "Lever Tension Wheel" .

In November of 1870 James Starley left CMC and formed Starley and Co. for the manufacture of his Lever Tension Wheels and to begin production of the "Ariel", an early all metal high wheel bicycle of his own design.  In January of 1871 Starley was joined by William Hillman  and then by William Bothwick Smith and formed Smith, Starley, and Co. for the manufacturer of the Ariel bicycle and lever tension wheels.

Starley's celebrated "Ariel" bicycle is considered to be the first commercially successful English high wheel bicycle . Many were produced during the decade of the 1870's. 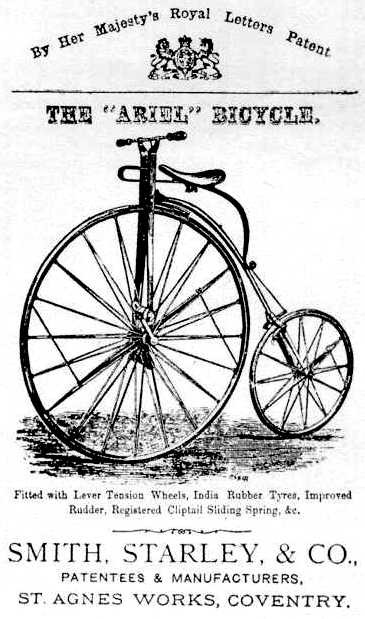 In the beginning, during the ' 71 & 72 model season, Smith Starley & Co. offered the "Converted Ariel" bicycle. A surviving catalog dated to the Spring of 1872 , states that they would "take in hand any well made machines (velocipedes) and fit them with our patent rubber tyred wheels of any required size, registered spring, new bearings and fittings, and otherwise convert them to the "Ariel" pattern with lengthened forks etc at a cost of 5 - 6 pounds each." The "Converted Ariel" pictured is one such machine. Uniquely, this machine is stamped R.B.Turner Co. on its main frame and has the number 7 stamped at the neck. 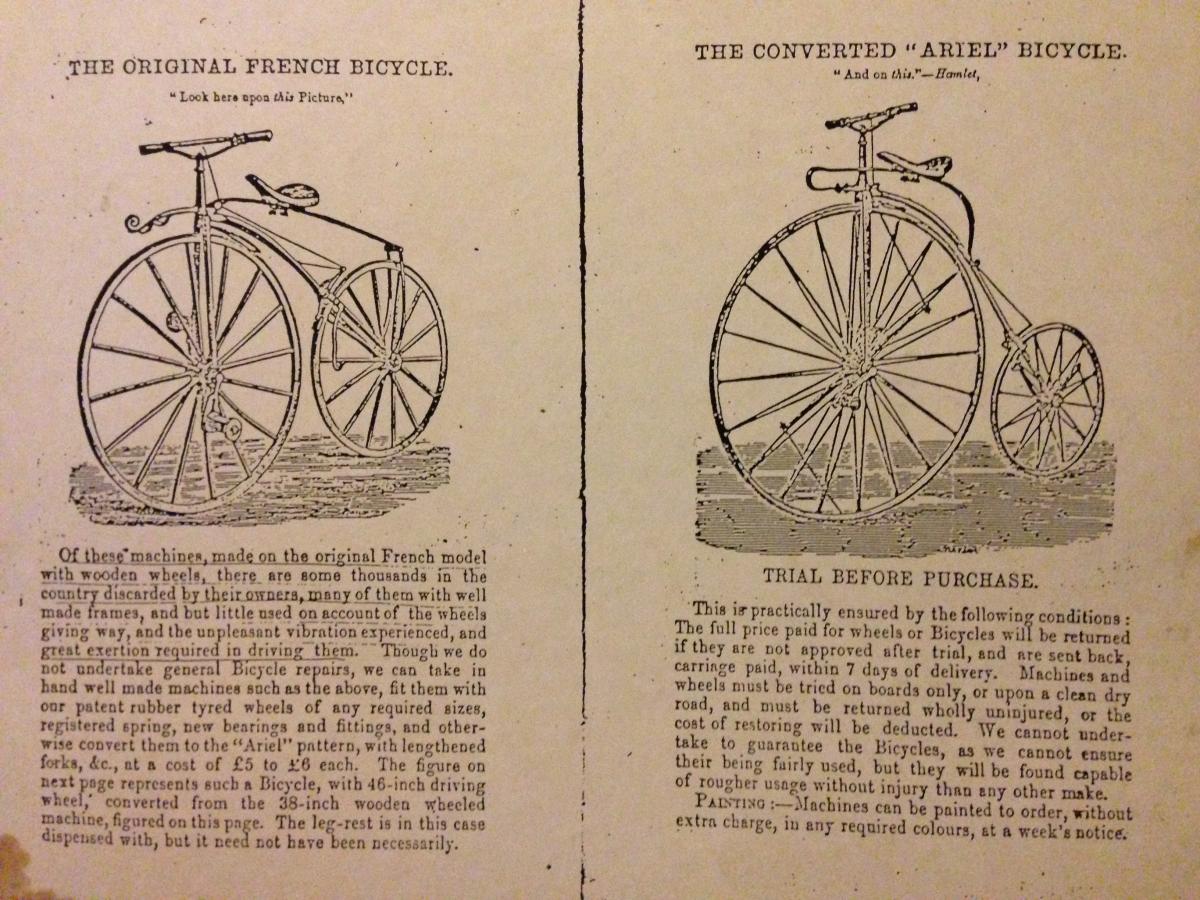 Catalog page for the "Converted Ariel" 1872

This "Converted Ariel" may have been one of the initial 400 C.M.C. velocipedes ordered by Rowley B. Turner and later "converted" in the shop of family friend James Starley at Smith Starley and Co, Saint Agnes Works, Coventry.

Here is a nice image of a fellow with his "Ariel" high bicycle. Note the leg rests for coasting that protrude from the head. This feature is a carry over from the velocipede or "boneshaker" of 1869. 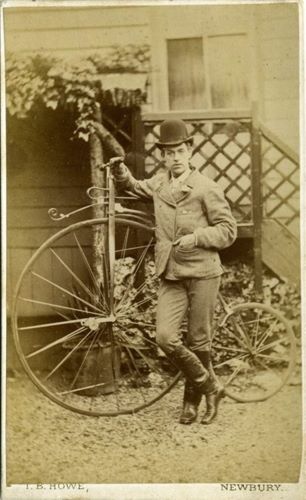 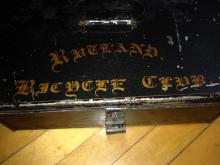 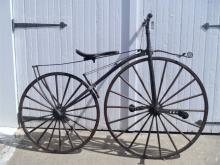 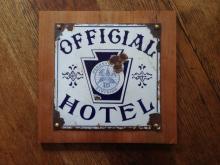 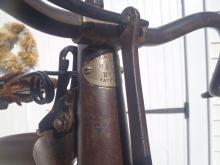 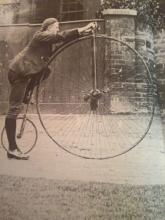 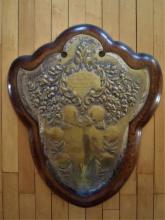 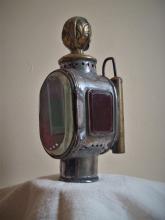 Road Rage in the 19th Century 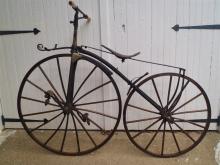 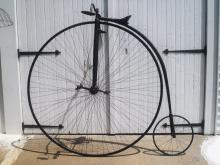